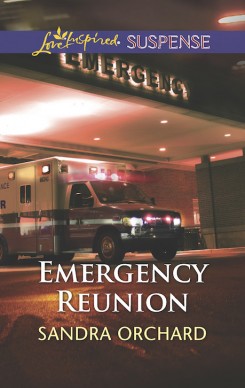 SAVED BY THE SHERIFF’S DEPUTY

Paramedic Sherri Steele refuses to believe someone’s out to get her—until she’s held at knifepoint in her own ambulance. It’ll take her high school crush to convince her she needs protection—and deputy sheriff Cole Donovan is as persuasive as he is handsome. But when his brother rises to the top of the suspects list, Cole’s torn between family duty and the woman he’s never forgotten. With every emergency call to the paramedics turning into an attack on Sherri’s life, Cole’s convinced Sherri has a stalker. Cole needs to know whether his brother is the culprit before things spiral out of control.

Survival—and a future with Sherri—depends on discovering who wants to cause trauma to this EMT.

This novel concludes the stories about the Steele family, also found in Perilous Waters and Identity Withheld

Other Books in the Love Inspired Suspense