For my last post about the 2012 ACFW conference, I’m sharing notes from the classes I attended.

The Continuing Class~Writing that Sings, with former editor, writer and agent, Karen Ball, was awesome. Karen is a fun teacher with a great sense of humor. If you ever have a chance to take one of her classes, do so.

Unfortunately, I missed most of her lessons due to appointments, but I did learn the all-important secret ingredient to writing stories that sing.

What drives you? Who we are, the experiences we’ve had lead to a primary catalyst. The catalyst that drives every story we write. The better you understand this catalyst, the stronger your story will be. Our catalyst goes soul-deep. When we write from it, we become more vulnerable on the page.

Karen went around the room asking people what their catalyst was. One person said they were writing about suicide. Karen kept pressing, asking why, digging deeper to find the true catalyst. The need to believe that even when you feel like God has abandoned you, He hasn’t. He’s there. He’s sufficient.

To find your catalyst, listen to yourself. Talk to those who know you well. Say so what? What else? What does that mean?

Most of my other classes were marketing related. The most important advice I heard from more than one speaker was it’s better to do two or three things well (for example, be on Facebook or Twitter or Goodreads) than to try to do everything and do them all poorly.

As Susan May Warren said so eloquently, “If Twitter’s not your thing, don’t do it. I release you.”

Too many writers feel pressured to jump into every social media op out there and their writing suffers. The most important thing you can do to sell books is first and foremost to write a good book. 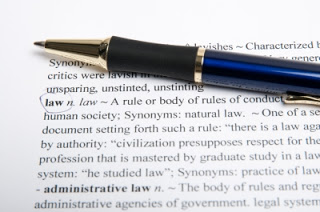 One other class that was scary-enlightening was Landmines in Your Book Contract by my agent Steve Laube.

He gave us a mock book contract that had a variety of landmines in it, which we had to find. The scary thing was that every single one of them had appeared in actual publisher’s contracts in the last year and a half.

Too many authors sign contracts without understanding what they are signing. Having an agent negotiate your contract helps you to be on a level playing field, but some agents are more contract savvy than others.

Ultimately, it is up to you, the author, to understand, and be willing to live with, the contract you’re signing before you sign. If you don’t understand something, keep asking your agent to explain it until you do.

Your Turn: Any questions?