Skip to content
Scent is a powerful thing. The slightest whiff of a particular scent can rouse memories you haven’t thought about in years, evoking unexpected emotions. The fragrance of my mom’s favorite hand lotion will bring memories of her flooding back to me. For others the smell of oil might take them back to their first car, or a day spent with their dad working on the old jalopey. The smell of leather might remind you of that cool guy you dated in twelfth grade.
Since I write romantic suspense, you’re probably thinking–fragrances…romance…I know where she’s going with this. Trust me when I say…probably not. 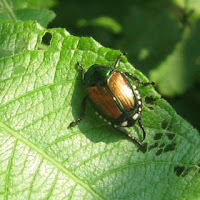 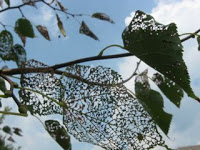 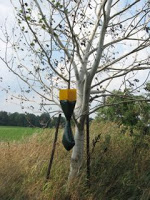 Wow, that was one powerful fragrance.
It reminded me of the verse in 2 Corinthians 2:14-16 “But thanks be to God, who always leads us in triumphal procession in Christ and through us spreads everywhere the fragrance of the knowledge of him. For we are to God the aroma of Christ among those who are being saved and those who are perishing. To the one we are the smell of death; to the other, the fragrance of life. And who is equal to such a task?
A humbling thought, isn’t it?
When I catch myself acting not so fragrant, I think of that swarm of beetles and how very much I want to be the fragrance of life to those around me. How about you?
Today’s smile:
You remember Bella, my connoisseur-of-hubcaps pup?
Well, she felt sorry for all those Japanese beetles doped up on pheromones. After all dogs have an acute sense of smell. So… she liberated them!
Yup, it’s true. As my daughter told my husband, “You had to know that was going to happen.”
Have a fragrant weekend!