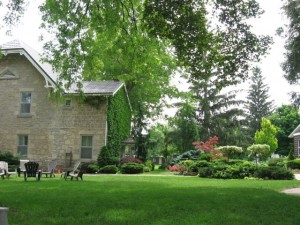 Doesn’t this gorgeous setting remind you of the grounds you see in movies of an English asylum where patients can convalesce in a serene setting?

That impression crossed my mind while enjoying these very grounds last week at Write!Canada–an annual conference for Canadian Christian writers. Considering everyone there was a writer and therefore a little crazy…after all, we hear voices in our head, and apparently that’s not normal ;-)…the comparison to an asylum made me smile.

While at Write!Canada, I chatted with many writers about their novels, and one surprisingly common issue I found was that many couldn’t tell me (at least not immediately) what their hero or heroine’s external goal for their story was. The answers often veered toward the internal and spiritual things the characters needed to learn, a very important story thread, but one that unfolds within the context of the main character pursuing an external goal. Right?

The same is often true in REAL life. Isn’t it?

Without a defined goal, we can wander aimlessly.

Of course…defining the goal doesn’t miraculously reveal the path we should take, merely the destination.

It also gives us a starting point. A purpose. And God meets us there.

One of my favorite Bible verses is “The path of the righteous is like the first gleam of dawn, shining ever brighter till the full light of day.”

It reminds me that I may not know the path, but I know the destination and God will show me the way. It also aptly expresses my experience with each novel I write. My characters often don’t follow the path I first imagine…or the one they do!

Your Turn: If you haven’t already, set a goal for yourself today. And then start. If you have a story of how God has been revealing a path in your life, please share.

For writers: I’m at Seekerville today sharing a tip on how to choose your character’s greatest strength and weakness. 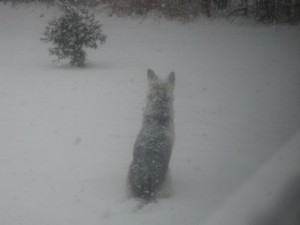