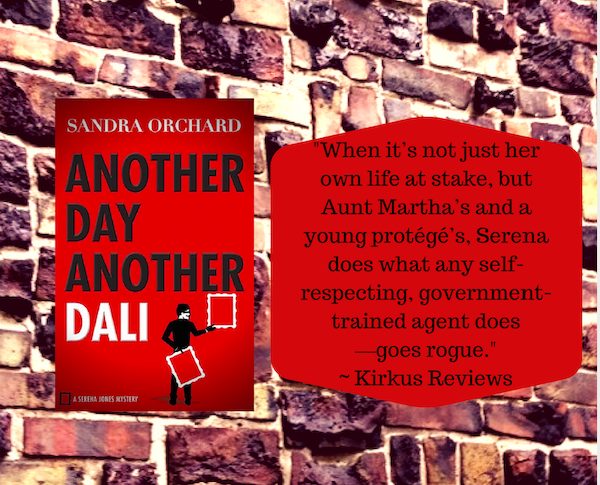 When Life and Fiction Intersect

My favourite scene from this book depicts Serena babysitting a friend’s toddler, by the name of Jed. My own grandson was the inspiration for this scene, and I loved the scene so much, I dedicated the book to him. But the very night after I submitted my draft to the editor, complete with its dedication, I received the scariest call of my life and feared the dedication would be to my sweet grandson’s memory.

But there’s another eerie connection between that same scene in the story and my life that summer–a connection I didn’t realize until I reviewed Another Day Another Dali’s bonus features while writing this blog.

Serena’s response to Matt’s plea for her to babysit was:

“…someone tried to make a bus sandwich out of my car last night. You don’t want me anywhere near your child right now.”

Matt’s face went pasty, but he shook his head. “It can’t be helped. I’ve got no one else close enough. I’ve got to get Tracey to the hospital. There’s something wrong, but she refuses to go in with Jed along. She doesn’t want him to be frightened. She almost died with the last—” His voice faltered.

A month and a half after Jed’s near fatal accident, my daughter-in-law experienced Matt’s pregnant wife’s scenario. Once again, our prayers were thankfully answered. Mom and baby (born under 2 lbs) survived and thrived. And we celebrated blessings upon blessings.

Now whenever I hear Cory Asbury’s “Death Where is Thy Sting” song, I’m immediately transported back to that summer.

Have a wonderful Sunday!

Check out yesterday’s post for current freebies, deals and giveaways. Tomorrow, I’ll post the next book recipient in my 25 book giveaway to celebrate the release of my 25th book.