Skip to content
Older Post | Newer Post
For the past couple of weeks, I’ve been illustrating how I
build stories by involving you in brainstorming a new one. Whether you’re a reader or a writer, I hope you’re having
as much fun as I am following the comments and throwing in your ideas.
As promised, today we’ll work on the heroine, but in
addition to exploring the lie she believes, I’d like to include another
important element in the dialogue—her goals. What is she after? What does she
want to accomplish and why? And how is that going to bring her into conflict
with the hero?
Last week, we decided our hero fireman, Jack, believes maybe
his mom was right all along that he’s not cut out to be a fireman. He’s
struggling with his emotions over failing to save the villain’s wife from the
fire. Yet, his fellow firemen’s razzing makes him more determined than ever not
to quit. 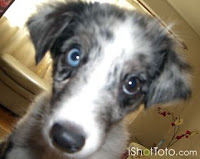 We’ve also given him a faithful Australian Shepherd that he rescued
from a fire. (Great idea, Kav.) Blind in one eye, and singed around the corners, the dog doesn’t
take to too many people. But he’ll adore our heroine who we’ve decided to call
Peggy.
We’ve decided that perhaps she’s a nurse and that’s how she
met the fireman. Or… depending on which villain scenario we ultimately run with,
that her home has simply been mistaken for the hero’s and she’ll fall victim to
a revenge plot intended against the hero.
This kind of vague uncertainty of which path to take is
common in the early stages of plotting a story—at least for me. I like to
explore a number of different paths before settling on one.
Your turn: What
should be our heroine’s goal? What lie does she believe?
For those who have been following the Wednesday
brainstorming sessions from the beginning, you’ll remember we talked about the possibility
that her dad had left her as a child. Not sure if we’ll go with that scenario,
but that kind of traumatic childhood experience is excellent breeding ground
for lies.