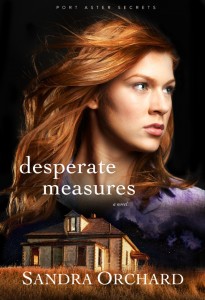 In the final instalment of Port Aster Secrets, Kate Adams is determined to figure out what is so special about the plant GPC Pharmaceuticals is so desperate to control.

In doing background research for this novel, I found plenty of real life examples of questionable pharmaceutical company practices. Practices that sadly corroborate my fictional company’s bad guy persona, as well as, the mayor’s political efforts in Blind Trust to pander to the company.

Here are some random examples:

-thanks to a whistleblower, one company was forced to release over 100 documents that showed the company was planning to cherry pick favourable data from one trial and bury results from unfavourable trials

-a large pharmaceutical company was fined over two billion dollars for the way one of its subsidiaries marketed several drugs. Yet the fine was just 14 per cent of its revenue from the drugs over a seven year period–little more than the cost of doing business.

-an investigation into another major drug, showed that not all studies were provided to regulators, and that the company intimidated a doctor who’d criticized the drug. Hundreds of the company’s documents continue to remain hidden from public view under court seal, despite a multi-billion dollar lawsuits by patients.

-Companies spend billions wining and dining doctors to encourage them to upsell their drugs. Mort than one company has bee charged with paying kickbacks to increase sales and off-label marketing

-Since any company convicted of a major health care fraud is automatically excluded from Medicare and Medicaid–a corporate death sentence since it would prevent the company from billing federal health programs for any of its products and disrupt the flow of drugs to patients–the feds cut a deal. Instead of charging the parent company with a crime, prosecutors charged a newly create subsidiary, whose only function was to plead guilty. That company, that had never sold a single pill was excluded from Medicare, while the parent company was free to continue to do so. Its fines amounted to the equivalent of three month’s profit.

Do you feel a tad indignant after reading the examples?

I did, which made it all the more satisfying to help my heroine ferret out the truth about the company that cost her a lifetime with her father. Although…

I must add from personal experience that I am extremely grateful for the many life-enhancing drugs pharmaceutical companies have developed over the years and their help in making them financially attainable.

Your Turn: Have you had a particularly good or unhappy experience with a pharmaceutical?

Thank you so much to everyone who shared vacation highlights on last week’s blog. I really enjoyed reading all of them. I assigned each one a number and used random.org to choose the winners.

The winner of Lisa Belcastro’s series is: Steph Nickel (your # really was the 4th one drawn, which was so apropos since you’d mentioned time travel in your post)

The winner of Emergency Reunion is: Sherida Stewart

I’ll email each winner for mailing information. If you don’t see an email from me by Sunday night, please check your spam or go ahead and email me directly.