RT Book Reviews calls Nancy Mehl‘s newest release “Romantic suspense at its best, with an engaging plot that’s not overpowering. Mehl is an amazing author who writes believable stories, knows what fans expect and does not disappoint.” 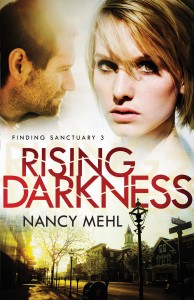 And who could resist that cool cover?

It was Nancy’s covers that first drew me to her books, when my publisher asked me to provide examples of the type of covers I’d like for my Port Aster Secrets series. At the time, Nancy had another series out with similar type covers, depicting the hero or heroine at the top of the page and a scene at the bottom.

I love them! And I was happy that my publisher did to and produced something similar.  😀

But back to this cool book. I asked Nancy if there was anything unique or unusual about it and this is what she had to say:

“Yes, there is! My main character, Sophie Wittenbauer, actually appeared in a different series–UNBREAKABLE, book two in my Road to Kingdom series. I always felt her story was left hanging, and I wanted to bring her full cycle. My editors allowed me to move her into this new series and give her new life!”

That is so fun!

Gathering Shadows and Deadly Echoes are the first two books in this Finding Sanctuary series. But don’t worry, each book is a standalone romantic suspense.

Here’s the Back Cover Blurb for Rising Darkness:

Sophie Wittenbauer left her strict Mennonite hometown under a cloud of shame and regret. After a rough childhood, her teenage poor choices harmed others, leaving her with no choice but to change her life. Her entry-level writing job at a newspaper puts her in the right place at the right time to overhear office gossip about a prisoner who has information on a decades-old unsolved crime. While the other reporters write off the tip as the ravings of an angry criminal, Sophie can’t ignore it because she knows the name of this prisoner from her old life.

Upon learning from the man that one of the other suspects is hiding out in the Missouri town of Sanctuary, she takes on a false identity to investigate and meets the young pastor of a local church–the very man she’d loved as a troubled teenager. As she gets closer to finding the suspect, will the truth of her own past come out before she discovers the identity of the criminal–or the very person she’s seeking puts a fatal stop to her investigation?

All of Nancy’s novels have an added touch – something for your spirit as well as your soul.

“I welcome the opportunity to share my faith through my writing,” Nancy says. “God is number one in my life. I wouldn’t be writing at all if I didn’t believe that this is what He’s called me to do. I hope everyone who reads my books will walk away with the most important message I can give them: God is good, and He loves you more than you can imagine. He has a good plan for your life, and there is nothing you can’t overcome with His help.” 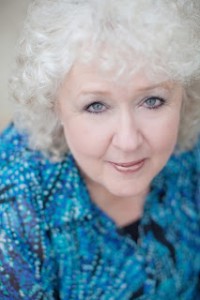 Learn more about Nancy and her 20 books at: www.nancymehl.com.

She is also part of The Suspense Sisters: www.suspensesisters.blogspot.com 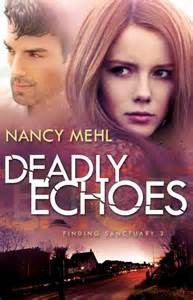 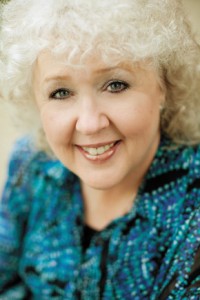