Are you an aspiring writer? Ever wish an accomplished author would come alongside and help you make your writing shine?

Friday we talked about the value of reading fiction for what we can learn from the characters and their story. But if you’re a writer and yearn for the day when you, too, will be published, there’s another reason for you to read.

To learn how writers write. To learn what works and what doesn’t.

For the price of their book, and a few colored pencils and paper, you can have private tutoring lessons from any author you want. The trick is to learn to read like a writer.

If you’ve been on this writing journey for long, you’ve hopefully learned by now that the characters in each scene need goals, they need strong reasons for pursuing those goals, things at stake, and they should face obstacles to achieving them.

So choose a compelling scene from your new mentor’s book. What are the goals of the characters? Why do they want these things? What’s at stake if they don’t get them?

Stop and think about what some obstacles to those goals might be if you were writing the story. Would those obstacles propel the character to push forward or change directions?

Now look at the obstacles the author throws in the character’s path. Did she surprise you? Why do you think she chose a particular obstacle? Did it deepen characterization? Did it simply get the character to the next place she needed him to be?

Did the scene tug at your emotions?

Figure out why. How did she draw you into her character’s skin?

Through thoughts? Through telltale actions that, at first glance, might seem incidental, but on a deeper psychological level clue the reader into the fact the character is trying to distance himself from his emotions, or the situation, or whatever?

Or did the author use a powerful symbol or metaphor that conveyed a deeper meaning, perhaps on a subconscious level?

What in the scene bugs you? Why?

Why do you think the author chose to include it? Do you think it was a conscious decision?

One thing that drives me a little crazy in romance stories is copious descriptions of what characters are wearing or the room they’re standing in. I don’t tend to visualize what’s being described so it doesn’t help me create a better image in my head.

Also as a mystery writer, I put elements into a story for a reason. So…

When I read a bunch of details about a room, including that “gold” pillow on the sofa, I expect it to be there for a reason. Maybe that pillow was used to smother Aunt Agatha, or maybe the killer lost something between the cushions, or maybe the author is showing how this particular character, an aspiring interior designer, doesn’t miss a single thing when she enters a room–a quality that will prove important to the outcome of the story.

What promises, however inadvertent, does the writer make to the reader in the scene? Does he deliver on them later?

I could go on and on, but hopefully you get the idea. I will add though, that you will also learn a lot from dissecting books or scenes that you don’t find compelling, and analyzing why, so you can avoid similar missteps in your own writing.

Your Turn: What have you learned from reading other writers’ fiction? Any questions about why I made certain choices in my books? The answers may surprise you. ~grin~

Giveaway Winner: Jes you are the winner of Beth Vogt’s novel Wish You Were Here. I will be emailing you for your address. Thank you to all who joined Friday’s conversation!

Thank you to all who made the “suspect interviews” so interesting!

If you haven’t yet had a chance to read the first two books in my Undercover Cops series, check out these giveaways:

And without further ado… 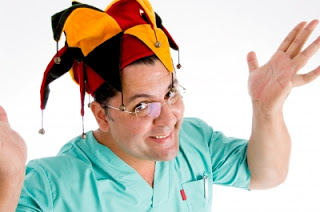 The winners of Critical Condition are:
Angela Holland
Laura AKA Loves to Read Romance and
Lisa at Two Bears Farm
The winner of an Advanced Copy of Deadly Devotion is: 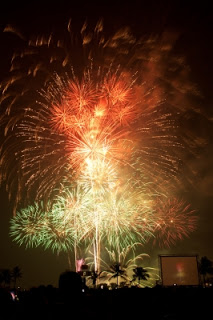 Congratulations! Please email me your snail mail address this week. See link at top of sidebar.

If you’d like to read heroine Tara Peterson’s interview, stop by the Craftie Ladies Blog on Sunday (link will work Sun) Then stop by Margaret Daley’s blog next week to read Zach’s.

Have a great weekend everyone!

Last 3 images courtesy of kongsky,  imagerymajestic, and foto76 at FreeDigitalPhotos.net

This past week I read a special Love Inspired novel, one I hope will both help transform lives and save them. I love stories that give me insight into the struggles that people around me are facing and how I might encourage or help them.

Lakeside Family by Lisa Jordan is such a book. It’s a fabulous romance, too, which is why I chose it to launch our new season of conversations about characters. So many great questions are raised by this book that I had a difficult time settling on just one. So…

I’ve invited Lisa Jordan to stop by on Wednesday to share with us the inspiration and research that went into creating her characters.

Now… on to our discussion.

Well, first, some background on the story:

The one man she never wanted to see again is the only one who can save her daughter’s life.

In the space of a minute, Nick Brennan learns he has a nine-year-old daughter— and that she desperately needs his help. All this time, his high school sweetheart, single mother Josie Peretti, thought he knew about their child. And that he just didn’t care about the ill little girl—or Josie, the woman he’s never forgotten. But Nick made a long-ago promise never to forsake his family the way his father did. A promise he vows to make good on now… if only Josie will bless him with a second chance.

Josie’s daughter has leukemia and needs a bone marrow transplant. Nick is no stranger to tragedy, either. His brother suffers from a brain injury–a condition Nick blames himself for.

I feel overwhelmed just thinking about coping with such situations, yet many face much worse on a daily basis. So here’s my 3-part question:

When you feel your circumstances overshadowing your hope, how do you respond? What strengthens your faith? What are some practical ways we can help those who are caught in such deep waters?

P.S. Are you facing difficult circumstances or know someone who is? I also highly recommend the non-fiction book Finding Glory in the Thorns and the ministry of Walk Right In.

They recently started a Facebook page where people can share their Glory Stories–how you are seeing God’s presence and power in your life. These stories serve to encourage and reassure all of us that God is working among us.  They are inspirational.  Most of all, Glory Stories bring our attentions and affections on HIM.

Congratulations to Nancy. You won the copy of Jessica Nelson’s Love on the Range.

I’m not going to do any other Friday post, because I spent Thursday evening peppering a cop friend with questions to help in plotting my upcoming novel. My mind is a whirr with fresh ideas, and… I’ve got to get them down. ~ grin~

Have a great weekend, and hope to see you here Monday for another conversation about characters.

I am so excited to have Roxanne here with me today to share her story. I first learned of Roxanne’s loss through the Faith, Hope, Love writing group and sent her a card of condolence, but I didn’t meet her until 2009 at an ACFW conference. As fellow writers and fellow homeschoolers and fellow matchmaking moms (we both had had children hitting that age *grin*), we hit it off immediately, exchanged emails, and yes, exchanged photos of our children. LOL. 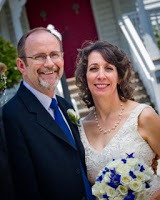 When I saw her again this past fall at ACFW, she glowed as she shared her story of new love. Well, she glowed the entire weekend!

Take it away, Roxanne…

Sandra, thank you so much for letting me be your guest. I love sharing what God has done.
My life reads like a novel, complete with a diverse cast of characters and loads of conflict. My wonderful husband, Jack Sherwood, and I were homeschooling parents of seven children—ages 1, 8, 10, 17, 17, 18 and 20—all living at home. Life was crazy and chaotic at times but satisfying. Then, on our twin daughters’ 17th birthday, Jack suffered a heart attack on the way home from work and didn’t survive.  I had to remember to breathe.
I began a new, difficult chapter as a widow raising children alone. Besides normal home repairs, my house had three major incidents of water damage. On top of normal auto maintenance, four cars were totaled—two were not my children’s fault.  One son developed Crohn’s Disease, while my preschooler was diagnosed with autism. And that’s the condensed version.
Even the happy occasions were difficult. My oldest son graduated from college and was awarded a scholarship for a Ph.D. One daughter earned her second-degree black belt in Tae Kwon Do. But Jack wasn’t there to share our joy. Until God’s made two become one flesh, then ripped that apart, you can’t understand how alone someone can be in a crowd.
I heard that my high school classmate Steve’s wife had died, so I sent my condolences. A month later, he said thanks. After another month, I asked how he was coping. We sent seven emails back and forth that night. Then, he joined Facebook so we could chat. A couple of weeks later, he called me. I was attracted to his sexy voice, and he said I had him at “hello.” We began talking two and three hours every night, hating to hang up because we’d be alone again. God made us attracted to one another’s voices because for months that’s all we had—a voice in the dark, revealing the depths of our hearts as God knit our hearts together.
I wasn’t looking for a relationship with Steve, who lived 1200 miles away. I was lonely and wanted a friend to keep me company until God might bring someone local into my life. Steve only recently lost his wife after a long illness and had no plans to remarry—and risk loving—again. But we made each other laugh like giddy teenagers. Phone calls weren’t enough. We had to meet to see if our feelings were real.
Steve visited for three days in October. I’d already fallen in love with his heart. Now, I fell in love with the rest of him. J My children liked him immediately. Steve and I met again for a couple of days in November. By December, he’d hinted about proposing. I panicked. My college-age children were entrenched in . To marry Steve, I’d break up the family, separating the younger boys from their older siblings. Yet, the boys would gain a father—and my youngest didn’t remember Jack at all, and I would gain everything. In some ways, it was a risk. We’d spent so few days together. But God had handpicked Steve for me—and my boys. We married in June and began living Happily Ever After.
Sandra again…doesn’t Roxanne’s story fill your heart with hope? Roxanne Gray, writes as Roxanne Sherwood, and her real-life hero husband is very supportive of her writing aspirations, which leads me to my question for you today…
Your Turn: What do you/did you or do you think you will value most about your spouse? If happily single, what do you value most in your relationships with friends?
P.S. Congratulations to Anna Lynne Redekop!!!  You receive the copy of Missy Tippens’ A House Full of Hope. Please email so I can get this off to you.
FB Fan Donna U.

Congratulations!!! You’ve won a $25 gift certificate to your favorite online book retailer.
Please email me to let me know which retailer you prefer.